now, i love the x factor but this year it’s going downhill. finding someone as talented as leona lewis was always going to be a problem but something is seriously wrong here. i can barely watch what’s going to happen.

simon is staking his claim on an unlikely spice girls reunion induced girlband fever and the high school musical cashcow rather than credibility this year. louis is doing that odd rocking backwards and forwards thing again which makes him look like an outpatient on bingo leave. sharon’s frustration at the vote fixing is bubbling over for anyone to see. dannii is clearly trying to rise above the unspoken criticism that she’s in no position to judge anyone’s singing ability.

they tried to turn this series into american idol – so much so, hell, why not call it a season. the four judges sit there, knowing that brian friedman, the allegedly straight choreographer has screwed the acts up so entirely with his ludicrous performance direction that they can’t concentrate. but they can’t say anything, see, cos he’s playing along with this whole charade that he decided to step down from the judge’s panel himself. if they place the decline of this year’s x factor squarely at his feet, as well they might, he’ll sing like a canary. a really camp one.

in reality, i don’t really care about any of the acts who are left but i suppose i would prefer niki to win, of anyone. and this is what they should sing:

hope should sing…mary jane girls – in my house

beverley should sing…gladys knight – if i were your woman

niki should sing…wendy moten – come in out of the rain

leon should sing…stevie wonder – knocks me off my feet 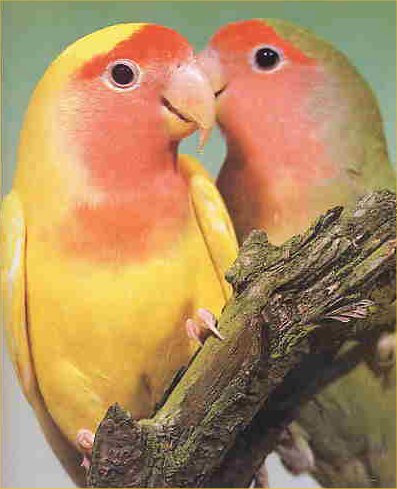 duets don’t always work. i think simon cowell is about to find this out to his detriment – ‘same difference’ the icky brother and sister act on this year’s x factor are not going to resonate with a nation that just finds these things a bit, well…creepy.  what was that simon? you think they’ll capture the ‘high school musical’ market? make that ‘flowers in the attic’.

not as creepy as ‘two to go’ though, from x factor 2004. i haven’t got over that yet. psychopathic nursing home worker tries to carve career from exploitation of blind gareth gates-alike brother. ewwww.

if you bring together two equally talented, non-related singers however, the results can be spectacular. witness.

bill medley and jennifer warnes – the time of my life

dirty dancing, like grease before it, will outlive us all. the soundtrack, and this song in particular, made the film the success it was. and made enough cash to get jennifer grey that ill-advised nose job…hope that ‘friends’ cameo paid well.

much sampled classic – many female singers in the 60s paled in comparison to the commerical power of the supremes and undeniable talent of aretha. and otis is just otis and he died too young.

cherrelle and alexander o’neal – never knew love like this

whitney’s partner-in-crack cherrelle was once a respectable soul singer albeit only really famous for her collaborations with alex. who is slightly ‘eccentric’ himself as i recall from his bizarre participation in ‘just the two of us’ in which he duetted with a dumpy newsreader for the entertainment of the british public. someone really needs to stop the bbc making musical reality shows.

i never got the whole diana ross thing. she is not a great singer. that dreamgirls storyline must have hit her where it hurts. i always wanted to see this film based on the song though.

i may have forgotten the plot of the film ‘mo money’ to which this was the lead soundtrack, but i can remember this being played on a loop in the summer of 1992 at a very out of control house party.

another 60s duo who found themselves overshadowed. these two were on stax, not motown. which was way cooler.

mary’s problems didn’t start with her relationship with kci, but they did seem to begin to resolve themselves once she extricated herself. as ever, trying times can equal good music. people who say they wish mary would get messed up again so she can produce better music are wrong though.

roberta flack and donny hathaway – the closer i get to you

a whole album to choose from but the simplicity of this song is what makes it so special. that and donny hathaway, who could sing the bus timetable and stop me being pissed off that there’s only a bus ‘every 15-19 minutes’.

sheena easton and prince – u got the look

prince clearly saw a niche for scottish reality tv stars. especially those shorter than him – he doesn’t collaborate with just anyone. oh wait, he sort of does. carmen electra anyone?

the sos band and alexander o’neal – the finest

not sure how this came about? an early bootleg? i don’t remember him being on the original. he probably doesn’t either…cough…is he still wandering up and down kilburn high road looking confused?

syreeta and billy preston – with you i’m born again

this song is one of my earliest memories. it has that classic late 70s combination of plaintive harmonies,  and smooth vocals.

marvin and tammi were a much better match talentwise than marvin and insipid diana ross.