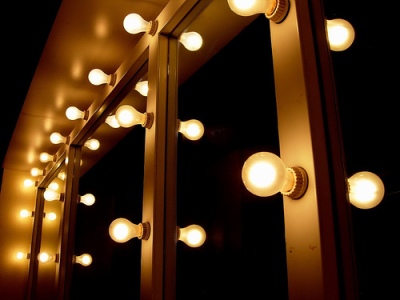 assuming they were famous enough to get on a reality show in the first place. the 00s have not really been a great time for girl bands. in the late 90s it was a crowded market, full of stage school wannabes thrown together with people they hate and a few genuine girl groups looking to capitalise on the spice trend.

who do we have now? sugababes? girls aloud? tch…

ok not exactly drifting towards obscurity but in music terms, it’s over. interestingly when they debuted in 2000 they were sounding too mature and now in their 20s, they’re disney. counter-intuitive.

have collaborated with sir musiq of soulchild and this alone should have raised more interest. add that to the fact that they’re a fairly talented bunch and make quality soul not ringtone r&b and it’s difficult to see where it went wrong.

anjel – not the way i pictured it

after being dumped by beyonce and kelly (ok, beyonce and mathew..), letoya and latavia hooked up with naty quinones and tiffany beaudoin to form short-lived anjel.

bella  – never be me

yet another ‘big on myspace’ act that didn’t translate. see also ‘jazzy’ and ‘unklejam’.

had a not bad run thanks to their mentor, left eye. blaque actually started out ten years ago nowm as blaque ivory. this track is now a staple of show like ‘so you think you can dance’ and ‘bump’n grind’ on trouble.

produced by the underdogs, but it wasn’t enough. their names is so 90s, as well.

over-produced and silly name. like a budget version of allure.

isyss – not letting him go

including the sister of actress meagan good, this group were quite good and focused on uptempos, which is always a bonus.

think changing faces, not updated a great deal, for the 00s. i might have missed something but i don’t recall the original group being so popular that we needed a sequel.

their two albums were actually ok. a bit like brownstone to me. but they nicked a classic album title, ‘meeting in the ladies room’ and this seemed to seal their fate.

not very tastefully sang about virginity with needa s…yes that old woman once known as smooth. eww. that family are sleaze. lying about their ages and allegedly corrupting kids. 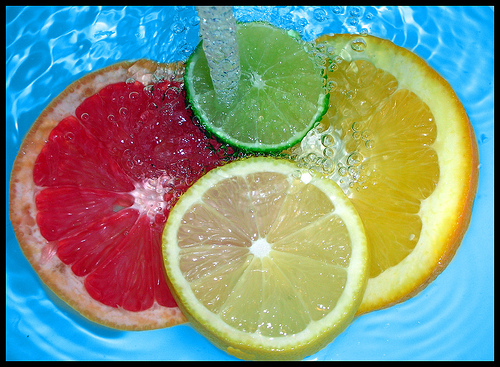 there’s power in numbers. in fact, the perfect hook-up with the hottest property can launch (or relaunch) a lacklustre career.

in the mid 90s, duets and artist collaborations became less of an event. naturally, you would collaborate with labelmates, but a strategic feature spot could mean opening up your music to a whole new audience. the most popular hook up was r&b and hiphop, but some puff daddy collabos in the late 90s saw hiphop push the boundaries by mixing it up with rock bands, a trend jay-z has carried into the 00s.

so, for the r&b girls and boys looking forsome instant street, the most ubiquitous featured rappers of the 90s? jay-z, ll cool j and biggie by a mile, although a young foxy brown gave them a run for their money.

and if a hiphop act wanted to smooth things down? total, swv and mary j blige at your service.

the idea hasn’t slowed down at all, in fact, the standard r&b album has at least four collaborations and some albums (timbaland) are built entirely around that principle.

blackstreet and swv – can’t get you out of my mind

two of the biggest r&b bands of the 90s – worked so well they did it twice.

blaque and destiny’s child – she ain’t got that boom

how much hair can you fit in one room? one more member and they could have been an 80s jheri curl soul act. a subdued performance from beyonce on this one.

busta rhymes and zhane – its a party

not the most obvious hook-up to spring to mind but it worked.

jay-z and foxy collaborated so often you gave up trying to work out who was guesting for who.

junior mafia and aaliyah – i need you tonight

a mishmash of r&b, hiphop and 80s throwback hook and sample. shouldn’t have worked quite so well.

keith sweat and kut klose – get up on it

inevitable feature spot. on occasion the whole r&b don with cooing girl group could seem a little mysogynistic. there were worse examples though.

ll likes it both ways – guest features and inviting others on to his tunes, I mean.

mase and total – what you want

individually, not great. together it worked.

one of the originals and a good example of how an r&b feature spot doesn’t need to water down the proceedings.

proto jay-z and foxy. 2pac must have rated young ms stokes as he didn’t guest spot with just anyone.

if there was ever a gender stereotype that was true, its that girls can’t get along. so when female band mates part ways, the media holds their breath for the name calling, backbiting and never has to wait for too long. a lot of women would rather eat nothing but salad for the rest of their lives than see a former female friend do their thing.witness beyonce and kelly‘s unceremonious dumping of destiny’s child cohorts letoya, latavia and farrah at the first sign they wouldn’t toe the line. and now, not content with daddy hampering kelly and michelle‘s solo ambitions since the dc3 finale, beyonce is now rumoured to be sabotaging newly famous solo star letoya‘s efforts. recently she allegedly demanded letoya be removed from a soundtrack project before she would participate and made herself look like a petulant child when she flew into london for last year’s mobo awards only to boycott it when the organisers refused to strike letoya from the lineup.

boy bands just never seem to have all these problems. seemingly, they’re happy just to be there having a laugh with their friends. and if one leaves, they wish them well and even make guest appearances on their new solo material. which may well be the clue to why every member of new edition found solo fame – karma.

ten reasons i can’t decide if i prefer new edition together, or apart – download herebobby brown – every little step, don’t be cruel, roni, rock witcha
bobby wasn’t always the village idiot. before reality tv uncovered the madness that led him to yell at plastic fruit, bobby was the most successful of all the former new edition boys. although the erratic behaviour that led to his eviction from the group would resurface in later years, he pretty much held it together from 1988 to 1994. in 1988, at the age of 19 he hit pay dirt with ‘my perogative‘ and never looked back.

bell biv devoe – poison, do me, in the crib
hot on the heels of new edition’s ‘heart break’ tour, ronnie devoe, michael bivins and ricky bell formed bell biv devoe and has instant success with new jack swing classics ‘poison’ and ‘do me’. in 2002 they returned with a new album, and ‘in my crib’. all are still active as part of new edition and ronnie devoe is married to shamari fears of blaque, who is probably not old enough to remember the boys in their early days…

johnny gill – rub you the right way, there you go
unlike the others, johnny had been successful prior to joining the group, with three albums already under his belt. after, he had one of the biggest hits of the new jack era, ‘rub you the right way’ and went on to record five more albums and joined forces with gerald levert and keith sweat to form lsg in the late 90s. ‘there you go’ was one of the highlights of the popular 1992 soundtrack to the eddie murphy film ‘boomerang’.

ralph tresvant – sensitivity
wacko soundalike ralph was slightly more cautious about striking out on his own. ‘sensitivity’ is his biggest hit although his collab with bobby brown on ‘stone cold gentleman’ comes close. like johnny, he is still part of new edition but has had consistent solo success and is still recording today.