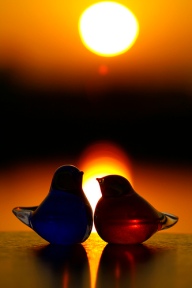 this mariah and nick cannon thing…has to be fake surely. i know she’s madder than a bag of ferrets, but shotgun wedding to serial dater and no pre-nup? come ON…

very seedy – aaliyah signed with r.kelly’s label at 13…and two years later they allegedly married when she was 15 although the certificate said she was 18. maybe she was? of all the discussions i’ve seen on this topic this hasn’t been raised a possibility. aaliyah went on to date damon dash. and r.kelly? not going there.

not sure if these two are still together or not – in any case both are releasing albums shortly so you can bet that they’ll let us know one way or another, depending on how their publicists decide to play it.

beyonce and jay-z – upgrade you

i want to like jayonce, but they have really dull friends like ‘new bono’ chris martin and gwyneth paltrow. on the upside, their inevitably impending offspring will have fabulously ghetto names, probably chosen by worlds’ scariest mama tina knowles. bet she’s scouring those 80s music lists for a faux francais babyname that jheri soul’s finest would be proud of.

bobby brown and whitney houston – something in common

oh how we loved bobby and whitney – 80s badboy teen falls for older woman and mends his ways. for about five years, then he has an early midlife crisis and it all goes badly wrong. now whitney is trying to replicate the good old days with an even younger model and bobby is trying to get it on with anyone who’ll have him.

think those child protection laws must’ve been a bit slack in the early 90s. like aaliyah, brandy fell prey to an older counterpart but *sigh of relief* it was sensible old wanya of non-threatening boyz ii men, and he apparently waited until she was 16…

common and erykah badu – the light

after splitting with andre 3000 of outkast, crazy bag lady erykah (i do mean that in a nice way) hooked up with smiley rapper common. this woman outcrazied two rappers. do not mess.

i did like j lo and puffy. it was a shame about that inconvenient little shooting incident which scared her off. they were fabulously trashy and didn’t care. she also was channelling the best outfits of her life when they were together. i still want that green tropical versace number…

seemingly solid couple and i’m kind of impressed with nas that he chose kelis, who clearly is not your run of the mill model-video actress-clinique salesgirl by day type, which he no doubt had his pick of.

a bad move for mary, and i would say that jodeci were more than a little tarnished by the revelations concerning the destructive nature of her relationship with kci, which she was dealing with for years before she met kendu. karma’s a bitch – have you seen the state of jodeci lately?

not the likeliest of lotharios but biggie managed to charm quite a few women in his 23 years…faith and lil kim faced off quite publicly about him for a while and let’s face it, must have felt a bit ridiculous fighting over someone so er, non-standard.

prince and vanity – if a girl answers

prince and vanity lead denise matthews had a short lived relationship, once they split, denise aka vanity, hightailed it and was replaced by patricia kotero in a new group, appollonia. *crickets* yes of course he did, why do you think she got the job? vanity went on to date slighty taller men – adam ant and billy idol.

so, blabbermouth jordin sparks lifted the lid on the relationship and now they’ve been ‘spotted’, unwittingly, in kfc…oh god…i mean they’re both like, 12 years old, why do i know this?  chris has only just started to form vowels properly.