if there was ever a gender stereotype that was true, its that girls can’t get along. so when female band mates part ways, the media holds their breath for the name calling, backbiting and never has to wait for too long. a lot of women would rather eat nothing but salad for the rest of their lives than see a former female friend do their thing.witness beyonce and kelly‘s unceremonious dumping of destiny’s child cohorts letoya, latavia and farrah at the first sign they wouldn’t toe the line. and now, not content with daddy hampering kelly and michelle‘s solo ambitions since the dc3 finale, beyonce is now rumoured to be sabotaging newly famous solo star letoya‘s efforts. recently she allegedly demanded letoya be removed from a soundtrack project before she would participate and made herself look like a petulant child when she flew into london for last year’s mobo awards only to boycott it when the organisers refused to strike letoya from the lineup.

boy bands just never seem to have all these problems. seemingly, they’re happy just to be there having a laugh with their friends. and if one leaves, they wish them well and even make guest appearances on their new solo material. which may well be the clue to why every member of new edition found solo fame – karma.

ten reasons i can’t decide if i prefer new edition together, or apart – download herebobby brown – every little step, don’t be cruel, roni, rock witcha
bobby wasn’t always the village idiot. before reality tv uncovered the madness that led him to yell at plastic fruit, bobby was the most successful of all the former new edition boys. although the erratic behaviour that led to his eviction from the group would resurface in later years, he pretty much held it together from 1988 to 1994. in 1988, at the age of 19 he hit pay dirt with ‘my perogative‘ and never looked back.

bell biv devoe – poison, do me, in the crib
hot on the heels of new edition’s ‘heart break’ tour, ronnie devoe, michael bivins and ricky bell formed bell biv devoe and has instant success with new jack swing classics ‘poison’ and ‘do me’. in 2002 they returned with a new album, and ‘in my crib’. all are still active as part of new edition and ronnie devoe is married to shamari fears of blaque, who is probably not old enough to remember the boys in their early days…

johnny gill – rub you the right way, there you go
unlike the others, johnny had been successful prior to joining the group, with three albums already under his belt. after, he had one of the biggest hits of the new jack era, ‘rub you the right way’ and went on to record five more albums and joined forces with gerald levert and keith sweat to form lsg in the late 90s. ‘there you go’ was one of the highlights of the popular 1992 soundtrack to the eddie murphy film ‘boomerang’.

ralph tresvant – sensitivity
wacko soundalike ralph was slightly more cautious about striking out on his own. ‘sensitivity’ is his biggest hit although his collab with bobby brown on ‘stone cold gentleman’ comes close. like johnny, he is still part of new edition but has had consistent solo success and is still recording today.

you only have to say their name and ladies of a certain age melt. as noted by kanye west in ‘slow jamz‘, girl needs to hear some new edition if you’re planning to get lucky tonight.bobby brown, ralph tresvant, michael bivins, ronnie devoe, rickey bell, and later johnny gill, gave an entire generation of girls a standard of boyfriend to aspire to. before they wound up with broke ass players ten years later. how big were they? madonna was their support act on tour in 1983. they appeared in ‘knightrider‘ with the hoff.

their first single, ‘candy girl’ was my first ever record in 1983. a shout out to seven year old girls everywhere, we rejoiced as finally there seemed to exist boys who understood how we wanted to be treated.

whilst our infant school nemeses pulled up our skirts, yanked our hair and made us pretend to be princess leia, minus gold bikini, new edition made it clear they were up for playing kiss chase.

sadly boys grow up more quickly than you think. After two great albums, bobby brown left due to behavioural issues (cough) and started his solo career in 1986. johnny gill replaced him and the next two albums were lacklustre.

then, they found their groove at the turn of the 80s on the burgeoning new jack scene with ‘heart break’. due to contractual obligations leaving them an album short of their agreement with mca, they reunited in 1996 as grown men, and their 2008 regroup as thirtysomethings is imminent. not so much a comeback as a ten year reunion.

no matter how old they or I get – I’ll always be their candy girl.

candy girl
the one that started it all complete with sonic whooshes, bleeps and tambourines.

popcorn love
the follow-up, not nearly as successful, but classic. get the feeling the boys liked their junk food?

cool it now
their only real low point as a band has been letting amish casualwear sweatshop gap use this 1984 hit in one of their insufferably smug adverts.

mr telephone man
smooth 80s boy soul at its best. nice use of late 70s wah wah sound. there are no words to describe how much i loved this song.

my secret
1985 hit from their second and best album ‘new edition’. ‘ooh! sparks begin to fly, lightning in the sky…’

leaving you again
recently sampled for ciara and bow wow‘s ‘like you’….took me ages to recognise where it came from.

delicious
surprisingly mature effort from 1985 ‘new edition’ album. was covered in the 90s by british soulsters don-e and deni hines.

can you stand the rain
lush ballad from ‘heart break’ with johnny gill on lead vocals.

hit me off
the lead single from the 1996 comeback. slotted effortlessly into the mid 90s bumpy r&b scene. 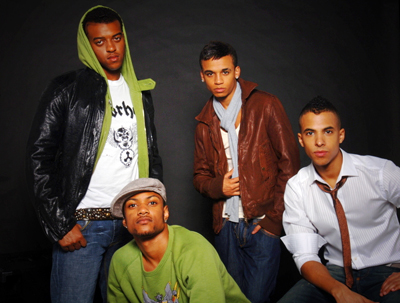 i want jls to win the x factor. i also love alex but think she’ll do well whatever happens now. i can’t stand diana or eoghan! even though i’m not a fan of rock music, I liked ruth and loved her purple rain performance.

but i just love jls, there are so many reasons why it would be good for them to win. they’re talented, seem to be really nice people and just work really well together. they should have sung ‘born to make you happy’ on saturday night, by the way.

god i would be such a better mentor than louis although several million other could claim the same thing. loving james corden slating britney – the idea that she has a back catalogue worthy of a theme is pathetic. given that she’s in cahoots with brian friedman it wasn’t that difficult to negotiate her appearance, surely?

ruth is now urging her fans to support jls and alex – good for her, and this speaks volumes about the brattish behaviour of diana and eoghan. diana appears to believe her own hype and eoghan clearly believes simon’s relentless ‘you’re the one to beat’ mantra. simon – you can keep saying it but it won’t become true.

interesting that in a week where diana was told to tone down her quirkiness, she took it to new levels by actually snarling into the mic during ‘everybody hurts’. the judges, even cheryl, clearly have time for her after the fake laryngitis hissy fit, alleged diva strop when she wasn’t given a song she liked last week and now possibly bringing the show into disrepute if the rumours that she is pregnant with eggnog’s child are true.

eggnog…i mean, who the fuck is voting for this talentless irksome brat? be ashamed of yourselves.

another level – be alone no more

lemar – if there’s any justice

new kids on the block – if you go away